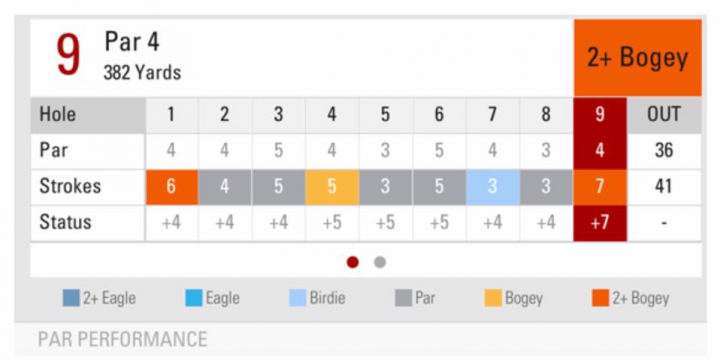 Ronnie Russell played the front nine as his second nine on Tuesday. Photo by Ronnie Russell.
PBA Tour champion Ronnie Russell struggled again Wednesday in the beginning of what he hopes will be a journey that will one day make him PGA Tour champion Ronnie Russell. The Marion, Indiana native is at Reunion Resort in Kissimmee, Florida, this week for the Q-School for the Mackenzie Tour – PGA Tour Canada. It’s one of four qualifying events for what is commonly known as the Canadian Tour, which serves as a feeder league for the PGA Tour’s top minor league, the...