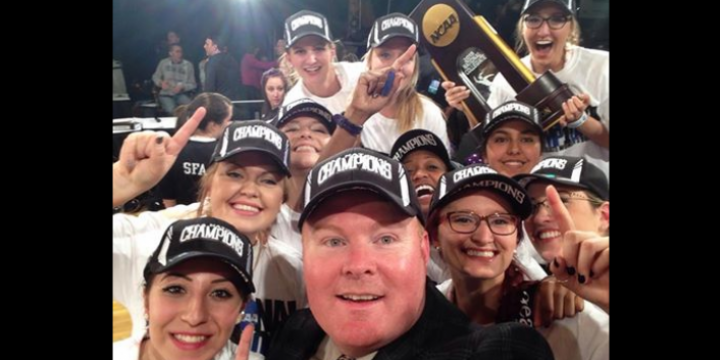 Coach Paul Klempa took this team selfie after Nebraska won the NCAA title last year.
Defending champion Nebraska was one of eight teams selected for the field of the 2016 National Collegiate Women's Bowling Championship by the NCAA on Wednesday, as it announced in this NCAA news release. Not that there was much doubt, as the powerful Cornhuskers earned the top seed, followed in order of seeding by  Arkansas State, Vanderbilt, Sam Houston State, Stephen F. Austin, McKendree, Central Missouri and North Carolina A&T. The Northeast Conference is hosting the championship...