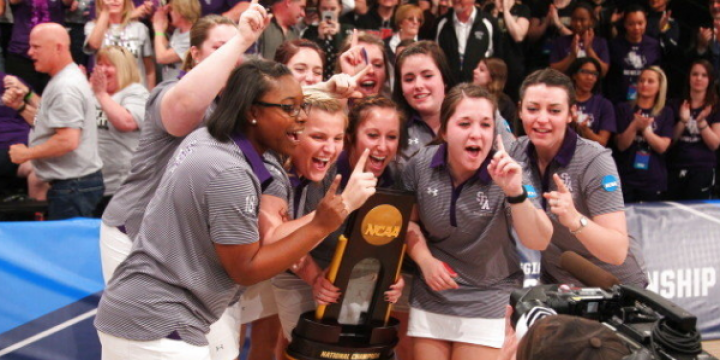 Stephen F. Austin celebrates its first NCAA championship. Photo by Stephen F. Austin University.
Bowling on lane 8 in game six of the best-of-7 NCAA Championship title match, Nebraska routed Stephen F. Austin 237-160 to even the match. As top seed, Nebraska had earned the right to choose which lane to bowl on in the deciding game of the Baker format finals, which were televised live by ESPNU from BrunswickZone Carolier Lanes in North Brunswick, New Jersey. And based on its 227-164 and 237-160 wins in games four and six when it was on 8 and SFA was on 7, everyone knew Nebraska would...