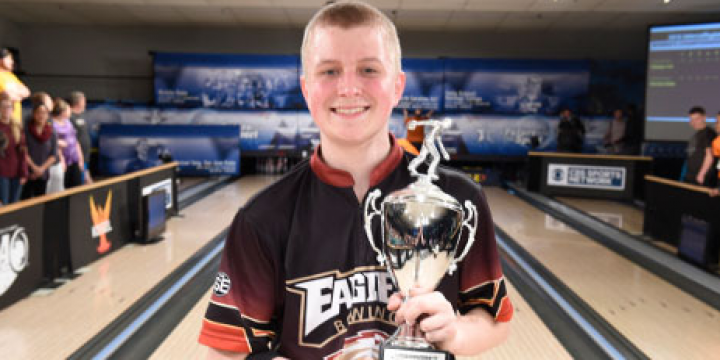 Daniel Hanson
Most high-level bowling these days, especially when younger players are involved, is a race to get left (for right-handers). The old saying of straighter is greater rarely applies. Daniel Hanson proved that it sometimes still does in winning the men’s Intercollegiate Singles Championships on a 38-foot medium oil Christmas tree style pattern. The show was taped April 16 at Northrock Lanes in Wichita, Kansas and aired Tuesday night on CBS Sports Network. The first of the two semifinal...