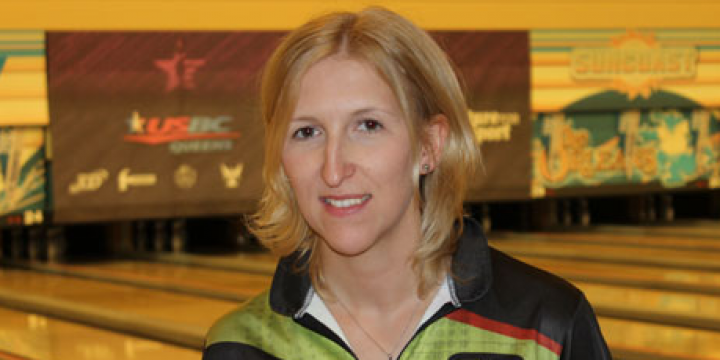 Photo by United States Bowling Congress.
Birgit Poppler of Germany nearly set a United States Bowling Congress Queens record in leading qualifying at the Orleans in Las Vegas, USBC reported. The Brunswick staffer averaged just a shade more than 240 with a 15-game total of 3,601 on blocks of 1,238 Saturday, 1,159 Sunday, and 1,204 Monday. The total is the second-highest in Queens history, USBC reported. The top-seeded Poppler will face 64 seed Josie Earnest in the opening round of double-elimination match-play, which is scheduled...