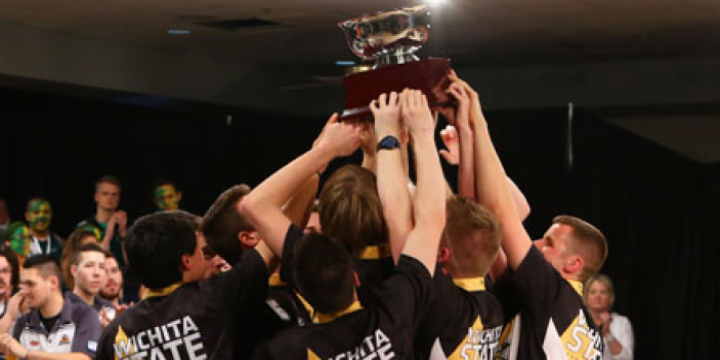 The Wichita State men won the 2015 Intercollegiate Team Championships. Photo by United States Bowling Congress.
Those who like the sport of bowling the way it used to be have another reason to cheer the United States Bowling Congress. While USBC made no official announcement and didn’t even do anything specifically to inform coaches, it has changed the rules for its college postseason to ban altering of ball surfaces during practice. Banning surface altering during competition is standard practice except in some World Bowling events where rules limit bowlers to six balls and surface altering...