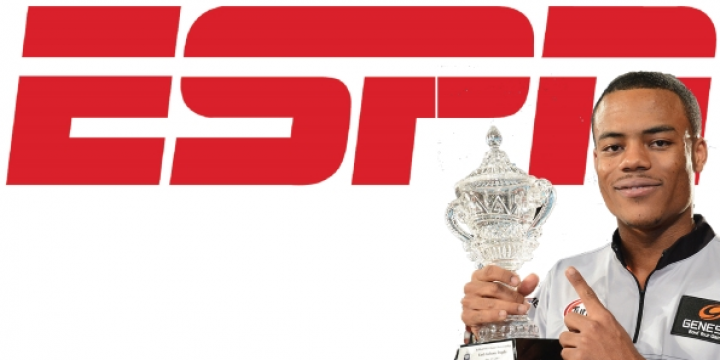 Photo illustration by PBA.
ESPN’s coverage of the PBA Tour starting in December features a boost to 19 shows and nine live, including four majors, PBA announced on Tuesday. It was announced earlier this year that the PBA World Championship wouldn’t be live in prime time as it was in December 2015 — my story is here — but would be live on Sunday, Dec. 11 at noon Central time. Considering that last year's Thursday Prime Time show ratings were about what PBA draws on Sunday afternoons, or maybe...