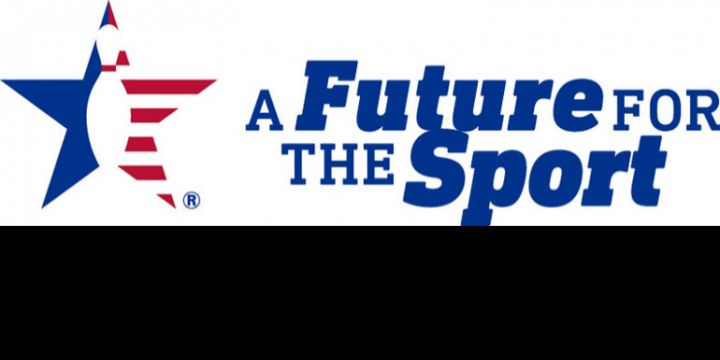 The USBC slogan was pictured with the report.

The USBC slogan was pictured with the report.

United States Bowling Congress Executive Director Chad Murphy on Wednesday posted this recap of 2016 and preview of 2017 that included some intriguing news about future developments.

One item is that a new lane inspection study should be released in 2017 based on data collected from more than 1,000 lane beds in 20 different states.

It stated:
“We have been studying the effects on lane topography from seasonal changes along with wear and tear. Soon, we will share that information with the industry. There is cause for concern in this area, and we will need to continue to look carefully at the topography of the lane and the impact it has on our competitions and the sport directly. How we ask proprietors to maintain synthetic lanes will become a topic of discussion for the future and we look forward to that conversation.”

As I have written before, USBC deserves great credit for its efforts in the area of lane topography under Murphy and all bowlers should look forward to continued and broader efforts in this important area I wrote about in great detail in this story in 2014.

Murphy also discussed potential new limits on bowling balls in this section:
“The certs and specifications team also has spent time over the last two years researching the bowling ball. Should bowling continue to support newer and newer technology? Should new limits be placed to prevent advances, or even, should a reduction take place? These questions are important. They need to be asked and answered and so, we will. Research is ongoing and should be finished sometime in early 2018. In 2017, we will open some dialogue with our friends who own the centers, the manufacturers who make the balls, and the consumers themselves, who use the balls, to really figure out what bowling collectively wants and needs. As the regulator (NGB), we have been working to collect the technical data and now we will begin to collect the consumer data. Both, combined, will in theory lead us to longer-term strategies. To be clear, I’m not saying that any decisions have been made, I’m saying we will be considering it; and a direction will come through thoughtful planning, discussion and open dialogue with our stakeholders. After we listen to everyone, we will make some decisions in the best interest of the sport.”

Obviously, any new regulations could cause friction with proprietors on lanes and ball companies and bowlers on balls.

He also addressed what he called “average research” — basically the fight against sandbagging, which the organization has been working diligently at and which is an effort all true sportsman should support.

He also announced that USBC recently hired Richard Stewart as Director of Training and Education, a new position for the organization.

The post states that:
“The execution of this new initiative will come in three parts. The first will be through our standard channels. USBC local and state grass-roots activations such as annual meetings and state jamborees. We really want to visit anyone who will invite our staff to participate and has an interest in the programming. The second is through the USBC national convention. Education always has been a feature at convention, but moving forward it will be the focus. Convention attendees can expect to be offered a variety of new topics. Yes, there still will be a rules seminar and some of the other traditional updates, but also look for new educational opportunities where our volunteers can learn more about leadership, activation, fundraising and marketing the sport to members locally in their markets. Finally, at convention we will announce a new training and education program that will take place here at the USBC headquarters in the International Bowling Campus. We are building a two-day course where association leaders will join our staff here for training, education, networking and collaboration. There will be three to six of these sessions taking place in 2017, with around 60 people in each class. The courses will be offered at no charge for the attendees. Again, more specifics will be released soon, but we know that some attendees will be selected based on need, others will come from associations that didn’t perform well through the performance standards tests, while some will be selected from a pool of people who have a passion to do better for our sport and want the education. It is very exciting stuff as we continue to work together as one organization toward a better USBC and a brighter future for the sport.”

Lots of very intriguing stuff there.

The recap of 2016 covers areas such as the adoption of important forced merger legislation and an eventual dues increase, the success of competitive youth bowling via the collegiate and Junior Gold programs, the continuation of the PWBA Tour, the 23 competitive events on CBS Sports Network, and advancements in technology.

There also is a section on “What do I get for my twenty bucks?” (dues), which should be required reading for all bowlers.

I have clearly stated my profound disagreement with USBC under Murphy in the area of hiding lane patterns and related issues and that will never change, but if you read 11thFrame.com you know that in virtually every other area I am in agreement with USBC and believe they are doing great work under often tough circumstances.

I look forward to seeing how the promised developments for 2017 and beyond turn out.