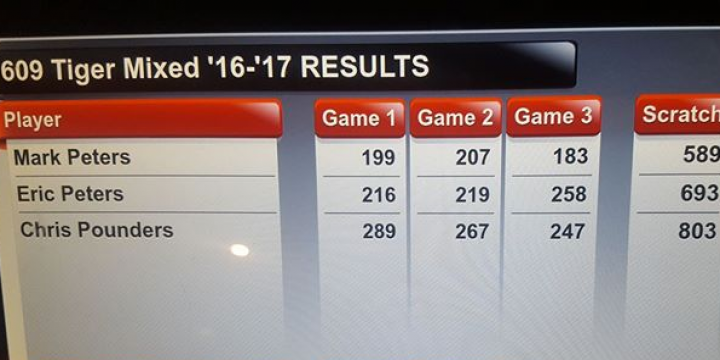 The scoring monitor for Chris Pounders' 803 series. Photo from Facebook.

The scoring monitor for Chris Pounders' 803 series. Photo from Facebook.
Chris Pounders pounded an 803 series, Sarah Maciejeski slammed a 704, and Chris Jackson and Scott Erickson fired perfect games to highlight Madison area bowling on Friday. Pounders used a Roto Grip NO RULES as he chained games of 289, 267 and 247 in the Schwoegler’s Tiger Mixed League for his fifth supernational of the season, one behind MBA leader Jim Fosdick. Maciejeski rolled games of 235, 268 and 201 in the Dream Lanes Pinheads League, beating her prior high this season of 691....