The 11th Frame: Tom Smallwood leads USBC Masters after first round as he looks to knock on door of another major title
JEFF RICHGELS | Posted: Tuesday, February 21, 2017 11:59 pm 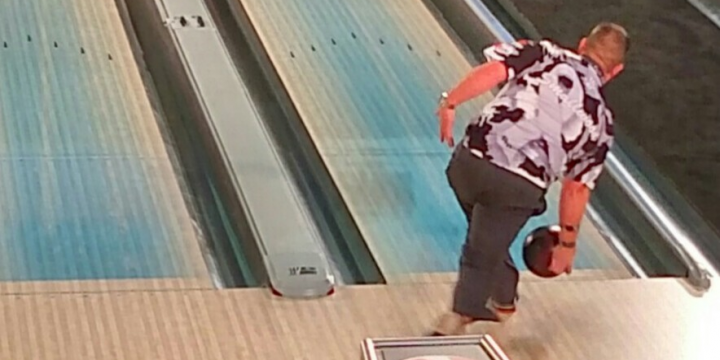 Tom Smallwood during the TV finals of the 2016 PBA World Championship. Photo by Susie Fever.

Tom Smallwood during the TV finals of the 2016 PBA World Championship. Photo by Susie Fever.
Soft-spoken Tom Smallwood has quietly become one of the world’s hottest bowlers in recent months. Smallwood, who was voted the 2016 Steve Nagy Sportsmanship award winner by his PBA Tour peers, memorably earned a big chunk of national publicity even from non-bowling media when he won the 2009 PBA World Championship not long after losing his job at General Motors. The Radical staffer with the quirky approach and release since been a solid performer on the PBA Tour, highlighted by a...