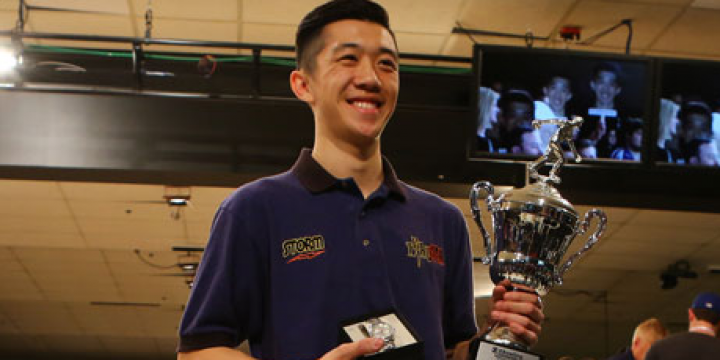 Michael Tang after winning the 2015 Intercollegiate Singles Championships. Photo by United States Bowling Congress.
The biggest of big names made a huge move in Wednesday’s second round of the 2017 United States Bowling Congress Masters, but a young player looking to become a big name retained a solid lead. Jason Belmonte, who won the Masters in Player of the Year campaigns in 2013-15, opened the burn squad Wednesday at the Orleans in Las Vegas with 833 (289-265-279) and totaled 1,217 for the round and 2,416 for 10 games Here is USBC video of Belmonte in action Wednesday. Michael Tang opened the...