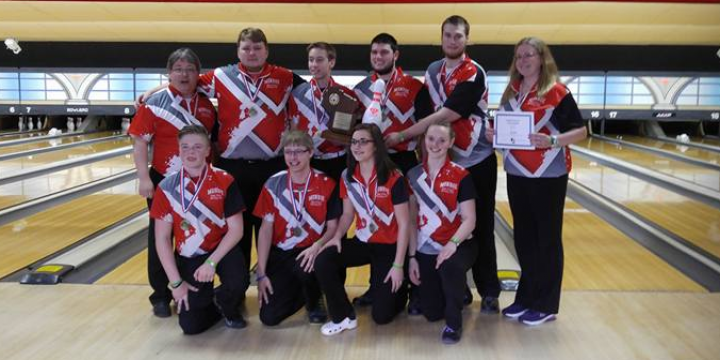 The state champion Monroe Cheesemakers. Photo by BCAW Wisconsin.
Oak Creek and Monroe won the boys/coed titles, Kenosha Tremper and Amherst the girls titles, and Baker Schmidt and Carlene Beyer the singles titles at the 2017 Wisconsin High School Bowling State Championships at AMF Bowlero in Wauwatosa over the weekend. The tournament was webcast on BowlstreamTV and the link to the archives is here. The 2-division team portion featured 50 boys/coed teams and 28 girls teams, while the singles portion featured 98 boys and 56 girls. A total of $5,000 in...