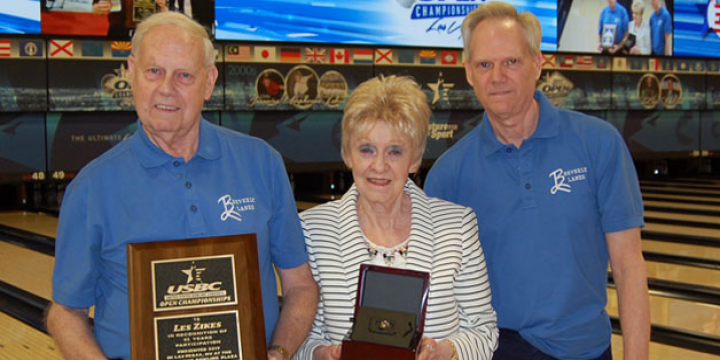 Les Zikes, left, his wife Mary Cay and son Lyle. Photo by United States Bowling Congress.
Competing for 65 years in the United States Bowling Congress Open Championships (formerly the American Bowling Congress Tournament) indisputably is an amazing accomplishment. What makes it even more amazing for Les Zikes is that it isn’t the most amazing accomplishment of his Open Championships career. The 82-year-old right-hander from the Chicago area competed for the 65th time in the tournament on Monday and Tuesday at South Point Bowling Plaza, making him the 11th player to achieve...