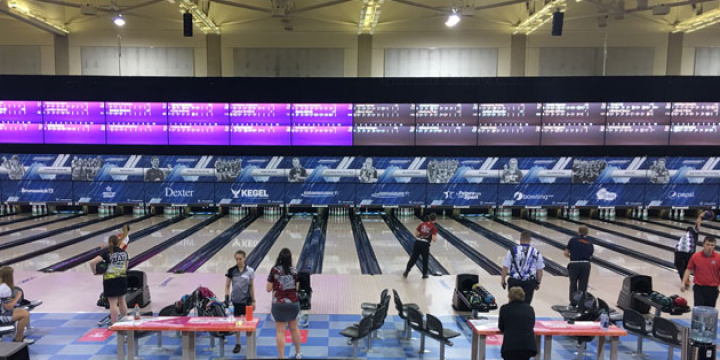 Action during the 2017 Intercollegiate Singles Championships on Tuesday. Photo by United States Bowling Congress.
The Webber International men and UW-Whitewater women led Thursday's 24 games of Baker format qualifying that was for seeding for match play only at the 2017 Intercollegiate Team Championships. The tournament at the Raising Cane’s River Center in Baton Rouge, Louisiana, after qualifying moved into two rounds of match play Thursday and six more on Friday, with the surviving two men's and two women's teams bowling for the national titles on Saturday in matches that will be taped for...