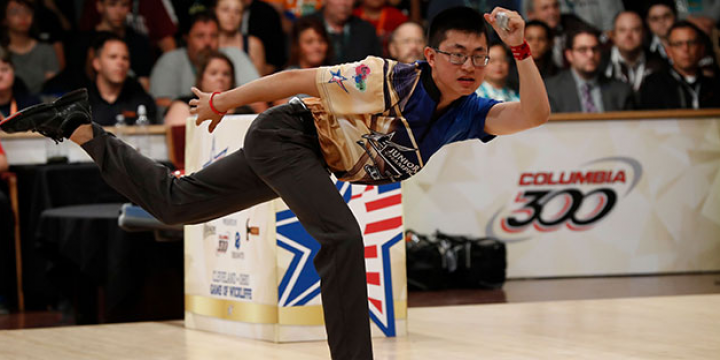 Wesley Low Jr. Photo by United States Bowling Congress.
Wesley Low Jr. is returning to Junior Team USA for 2018, the United States Bowling Congress announced in this news release Friday. Low won the U20 division at the 2017 Junior Gold Championships last month, which would earn him a spot on Junior Team USA for 2018, but at the time USBC told me in this story that he was ineligible to qualify for the 2018 team via 2017 Junior Gold because of the suspension he and three other Junior Team USA members incurred for underage drinking in 2016, which I...