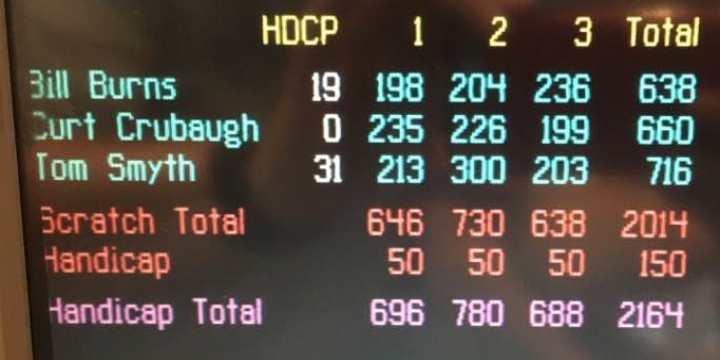 The scoring monitor for Tom Smyth's 300 Thursday night at Ten Pin Alley. Photo from Facebook.
Casey Gibney and Tom Smyth fired perfect games to highlight Madison area bowling late Wednesday and Thursday. Gibney, who has numerous 300s in his career, rolled his second of this season in a 764 series in the Dream Lanes Major League. Smyth, who also has numerous 300s, sandwiched his first of the season between games of 213 and 203 for a 716 series in the Ten Pin Alley Verona High Balls League. The top series were Gregg Williams’ 784 and Brittany Pollentier’s 689, both in the...