The Storm TORRENT is a ball that has turned out to be very different from what I expected.

When I asked what I might expect from the TORRENT, I was told to think of a ball that it looks like: the VICTORY ROAD SOLID that long was one of my favorites and still would be in my bag if I hadn’t switched to 14 pounds (my 15 pound VICTORY ROAD SOLID is tucked away in the basement with a few other favorite 15s).

The TORRENT "feels" the same when you roll it and most of the way down the lane, but where my VICTORY ROAD SOLID would make an almost flippy move at times in the back end, the TORRENT’s move is smooth all the way through the lane.

That means it’s a rough surface ball — 2,000 Abralon box finish — that I can play very square to the lane with on the fresh, and almost fall back with on the burn.

The best illustration of that came in the GIBA 2-pattern doubles last month in Muscatine, Iowa, where Ken Duffield and I finished second to Pete Weber and Shea Bittenbender.

The left lanes were oiled with the 47-foot Kegel Statue of Liberty lane pattern, and by the time we got to the stepladder, those left lanes were tricky. You needed a strong ball because of the oil volume to the left, as shiny went long and too sharp, but strong balls tended to hook early and not hit, if they didn’t jump high.

Somewhat in desperation I grabbed my TORRENT and rolled it down the oil lane around 20-board. If basically just fed down the oil line and made a slight tip for a flush strike.

I stuck with it and through the stepladder it hit the pocket consistently and struck a fair amount, with one solid 9, one ring 10 and a couple of flat 10s.

The key is that I could play the hold and not go out and back from the oil to the dry, which often resulted in over-under reaction.

And on house shots I have found that I can play fairly square to the lane with good control with the TORRENT, which tames down over-under reaction. It does not jump off the dry, which has great value even if it’s not what many people like to see!

In my aging and ever-weaker hands, the TORRENT does not carry as well as some stronger balls, but there are times when control outweighs carry.

The TORRENT uses arguably the greatest coverstock in bowling history in the R2S, which has been around for more than a decade and in its current form remains a force. The most interesting thing I’ve found is how resistant the TORRENT cover is to lane shining. I have yet to hit mine from the 2,000 box finish and it still looks dull.

I do wonder how it would react shiny, but like how it is now in providing a reaction I don’t have so I don't plan to change it.

The core is the symmetrical Booster HV (high volume). The TORRENT Is part of the thunder line that includes the ROCKET SHIP, a ball that remains in my bag as a good control ball for broken down conditions and short patterns. The Booster HV has a higher RG and lower differential than the Booster core from the Rocket balls.

I think just about any style of bowler could get good use out of the TORRENT, unless you’re the type of player who must see your ball make a hockey stick move for you to be happy.

There’s plenty of hook in the TORRENT for low-rev players and it’s smooth enough to be a great ball for high-rev players seeking control. 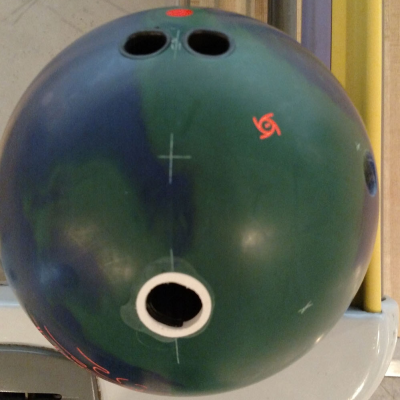 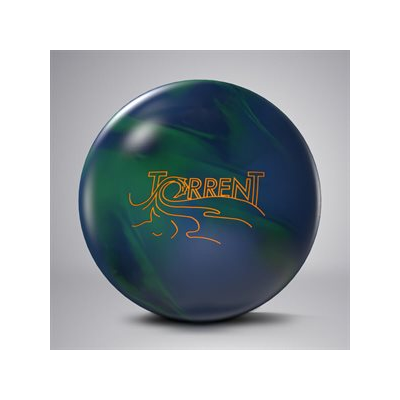