The original NO RULES was so strong that it quickly became the ball I turned to for the heaviest oil conditions, especially if I wanted motion that didn’t tend to be uncontrollably “revvy” — if I can make up a word — like the Storm LOCK, which was a great ball on heavy oil softer shots, but not heavy oil tougher shots, where the smoother motion of he NO RULES has been better.

Take the NO RULES down to 500 or 1,000 and I can get hook on pretty much any amount of oil. That’s what you get with a cover featuring nanotechnology, as the Micro DNA cover does in the NO RULES.

That strength also meant the NO RULES was too much for most conditions for my moderate speed, even smoothed out with a 4,000-Abralon pad and some Storm Reacta Shine.

The asymmetrical Chaotic core has been awesome for me in the NO RULES PEARL, which is one of my most used and all-time favorite balls.

So I definitely was excited when I heard about the NO RULES EXIST, which puts the Chaotic core inside the Reckless solid reactive cover used in the DARE DEVIL TRICK.

The result is a motion similar to the NO RULES, but with slightly less “grab” of the lane and therefore slightly more energy retention and downlane motion.

So no one is confused, this is NOT a skid-flip motion of any sort. In fact, it still would fall in the smooth motion category — it’s just not as smooth as the NO RULES.

The box finish on the NO RULES EXIST is 2,000, but the Reckless solid cover is easily tunable to whatever finish you might desire. I used my DARE DEVIL TRICK at 500 to start minors at this year's USBC Open Championships and it worked great.

Polished/smoothed, the NO RULES EXIST might be a good alternative if the NO RULES PEARL is too sharp off the breakpoint to control. (I have not tried it yet this way.)

I drilled my NO RULES EXIST close to the same as my NO RULES, with the pin under the bridge and my CG kicked to the right at perhaps a 75-degree drilling angle.

The NO RULES EXIST is so strong it didn’t offer me much on a wet-dry house shot or a modified house shot with lower oil volume.

But it was the ball for me at the 11thFrame.com Open in mid-August. The tournament was contested on the 2015 U.S. Open pattern, the same as it was last year. However, a different oil was used this year that wasn’t as slick and the outside was more open so scores were higher.

I started the day playing outside 5-board going fairly direct with the NO RULES EXIST and had a great reaction, shooting 259 with every ball in the pocket.

However, that reaction turned into a flat 10-pin reaction quickly as the lanes transitioned and I followed with a 173 that featured two missed 10-pins due in part to a mental block I have shooting 10-pins since that is how I tore my IT band last November. My leg is healed now and I have not had any issues since returning to bowling in July, but my mind can’t seem to accept that.

After the 259 start, the NO RULES EXIST kept me in the pocket, but just wouldn’t retain enough energy to dig out the 10-pin and I eventually would switch away from it. I wish I could have hit it with a 4,000 pad to smooth the cover and make it retain more energy.

I am really looking forward to getting more use out of the EXIST going forward. It probably will cause me to quit bringing my NO RULES unless I know there is going to be extremely heavy oil.

I would recommend the NO RULES EXIST for anyone looking for a ball for heavy oil, or those who are so speed dominant they have trouble getting a ball to read.

Shined up or smoothed with a 4,000 pad, it probably will work on medium oil for most players.

If you only bowl on light oil conditions, the EXIST would be a bad choice, and Roto Grip and Storm have many more better choices. 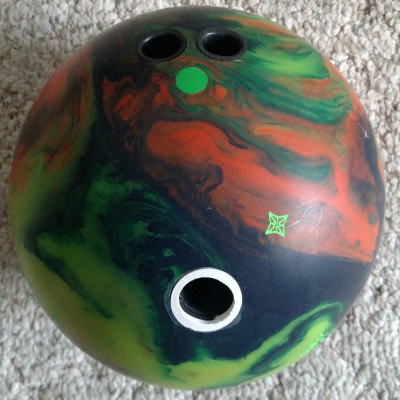 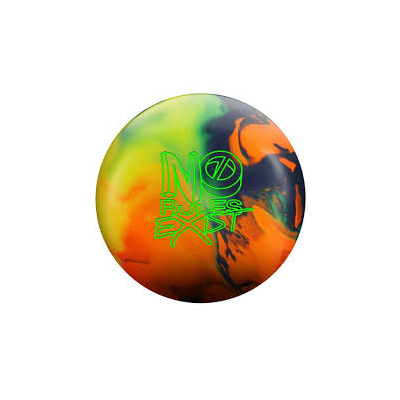 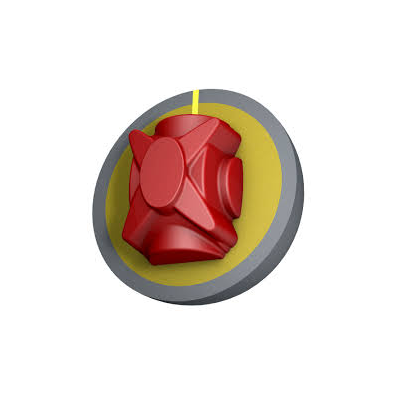