The PHYSIX is one of the more interesting Premier line asymmetrical Storm balls I’ve thrown, with a motion very different from the typical early and heavy rolling premier asyms like the SURE LOCK or SYNC or VIRTUAL GRAVITY.

The PHYSIX was very controllable and didn’t hook early, with a motion that was more like many symmetricals, except with earlier hook. Unlike most strong asyms, I can play an outside line and a jam shot going very direct and not have it instantly hook high.

That has made it one of my favorite balls for tougher patterns, and I’ve had lots of success with it, including in the Bowlers Journal Championships this year, where I took the lead and finished third in the Senior division.

So you can see why I was very interested in seeing how the ASTROPHYSIX would roll for me, especially when I learned that the Atomic core used in the Physix would be paired with the famed R2S pearl coverstock, one of my all-time favorites.

I went with my favorite pin-up strong drilling on the ASTROPHYSIX (my PHYSIX was pin under the middle finger). That gave my ASTROPHYSIX numbers with my PAP of 4 7/8 over and 5/8 up of 5 1/4 pin-PAP, 3 7/8 MB-PAP, and 2 7/8 pin buffer. It has no weight hole as I am trying balls without a weight hole under the new USBC option, then adding a weight hole later if needed to change reaction.

Where the PHYSIX for me has proven to be best with fairly small angles, the ASTROPHYSIX has been great for moving in on a transitioned pattern and opening up the lane.

The ASTROPHYSIX comes with a 1,500-grit polished box finish that I hit with a 4,000 Abralon pad before drilling, which is my standard practice with all box shiny balls just to knock the gloss off.

In the PBA/PBA 50 Doubles John Kontos Memorial Central/Midwest Regional at Town and Country Lanes in Joliet, Illinois, the last weekend of June, I rolled 278 and 251 in the third and fourth games of qualifying with an IDOL PRO, then shot just 162 with it in the fifth game.

The lane breakdown of the Don Carter 39 pattern was interesting as it got wet-dry and tighter downlane as we bowled, though that may have been more about dry developing and causing balls to lose energy. It made for tricky reaction and carry.

But the asymmetrical ASTROPHYSIX was strong enough to handle the puddle, while retaining enough pop to return when sent right. In fact, I could send it quite a bit right and it would return with great motion and enough left to carry.

The Carter 39 also was used at the PBA50 South Shore Open at Olympia Lanes in Hammond, Indiana, in mid-July and the ASTROPHYSIX was big for me again in the first round of qualifying.

The ASTRO gives me a strong, curving, continuous motion with no skid-flippy, hockey stick move that can lead to designer splits like, for example, a TIMELESS or IQ 30.

Another great thing about the ASTRO is that the variances in my release that have cropped up more and more as I age don’t show themselves in the ASTRO as they do dramatically with many asymms. Forgiveness in that area is one reason I tend to favor symmetricals.

When I switched to it in Hammond, I started around 15-board at the arrows and ended near 20 just trying to feed it to around 10 downlane or a touch wider.

My carry was not great as I had a solid 9/flat 10 type of reaction, but scores were not high and many people were not keeping it in the pocket as the ASTRO enabled me to.

It didn’t work as well the next couple of days as the lanes got tighter and I balled up to the IDOL PEARL and the PRO-MOTION.

But when the ASTROPHYSIX works, it is a great ball for me, providing controllable reaction that strikes plenty: ideal for tougher shots.

Like the PHYSIX, the ASTRO is a ball that I have not had success with on house shots: they just aren’t powerful, high-striking balls.

My cautions on the ASTROPHYSIX is that it isn’t great when there is too much oil, or on fresh conditions for me, because I do see too much skid and flip on those conditions.

If you only bowl on house shots, there probably are better choices in the Storm and Roto Grip lines.

But if you’re looking for a great pearl ball that will give you some room on tougher patterns that have transitioned — and what tournament bowler couldn’t use that? — the ASTROPHYSIX is a great choice.

Like the PHYSIX, the ASTROPHYSIX is a ball that is going to be in my tournament arsenal for a long time. 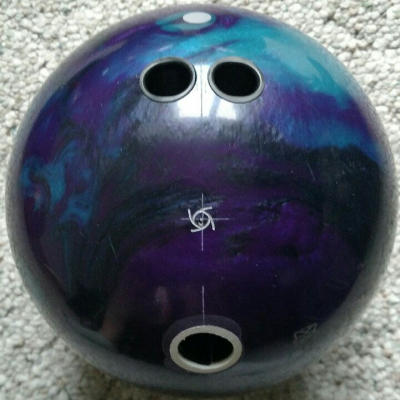 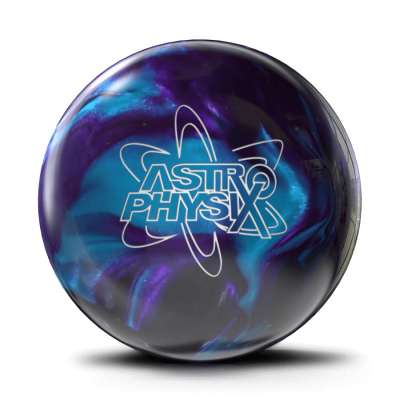 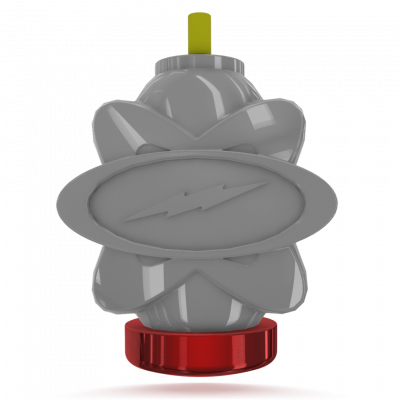