The Storm PROTON PHYSIX was a ball I didn’t order when it first came out in late 2020 because I was not bowling at the time due to the COVID-19 pandemic.

When I resumed bowling in March 2021, I didn’t make it one of the balls released during my year off that I ordered because I felt like I had enough balls that hooked a ton.

But I had so many people whose opinions I trust ask me why I didn’t have a PROTON — “It’s so good you gotta get one” was a common sentiment — that I finally decided to order one.

It wasn’t that hard a sell as I loved the PHYSIX and liked the ASTROPHYSIX.

Basically, I like to have two strong solids in my arsenal: one that is good playing fairly square along an oil line and another that is better for going more out and back.

The UFO is the best fairly square strong solid I’ve maybe ever thrown, and I like it so much, I have an undrilled one in the basement in case I lose the other one.

(I have dropped the AXIOM because it’s just too strong for me with not enough back-end motion, the INCITE because it’s so rolly that despite nice motion it tends to flat 10 for me, and the RST X-1 because it just burned too early for me.)

I have yet to find an amount of oil that the NeX Solid coverstock can’t handle at the 2,000-grit Abralon box finish.

I’m not saying there aren’t oil volumes where the cover would need to be taken down to 1,000 or 500 — I’m saying I have yet to see anything like that yet, and I bowled on a heavy oil house shot in a 3-man tournament in Dickeyville where I went back and forth between the UFO and PROTON. In the end, staying more square with the UFO was better.

The asymmetrical Atomic core made me love the PHYSIX and like the ASTROPHYSIX and it creates favorable motion in the PROTON as well. (My PHYSIX has less downlane motion, but I had a more control drilling on it.)

There is no doubt the PROTON has more motion for me than the UFO, AXIOM, INCITE and RST X-1, though not quite as much as the RUBICON. (Standard warning that I use 14-pound equipment and that often means different numbers for RG, differential and mass bias differential than seen in 15 and 16.)

Without heavy oil, the PROTON goes back in my bag, and likely should for others as well, unless a player is very speed dominant.

The one thing to watch for is when swinging the PROTON some is it burning up and leaving flat 10s. That is the indication to put it away, unless you’re able to move into the oil more and have it retain more energy.

If I could compare the PROTON to a ball it would be the SURE LOCK, which is still in my arsenal but hasn’t been used much since I re-started in April due to rarely seeing enough oil. I suspect that the PROTON may effectively retire the SURE LOCK for me.

The only people I wouldn’t recommend the PROTON for are those who are rev dominant with slower ball speed, or those who only bowl on lighter oil volumes. 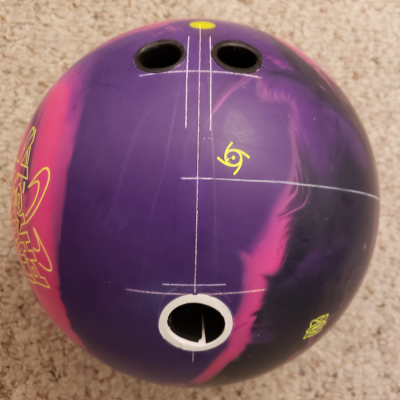 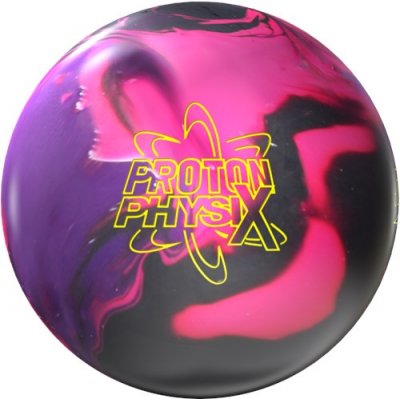 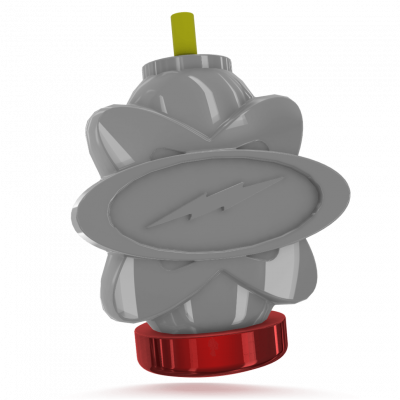