The IQ TOUR line has been a mixed bag for me: the SOLID was not very good for me, the PEARL is one of my all-time favorites, and the FUSION was sometimes great and sometimes not.

The key seemed to be how C3 Centripetal core (a symmetrical) and cover worked together — the R2S Solid of the IQ TOUR SOLID was not a good match for me, as I noted in my review here, while the R2s Pearl of the IQ TOUR PEARL was a great match for my moderate speed and revs.

It’s always fascinated me that two of the most popular and successful Storm balls of all time — the HY-ROAD and IQ TOUR SOLID — just didn’t do much for me, despite numerous surface tweaks and re-drillings.

I always tell people that different balls work for different people because everyone throws it differently. And I always point to my experiences with those two mega-successful balls as perfect evidence.

Meanwhile, the VIRTUAL GRAVITY NANO was a ball I had some great success with, most notably in the last two games of our winning team event at the 2011 USBC Open Championships.

But, of course, that very strong NRG solid cover with the very strong asymmetrical Shape-Lock HD core made it a ball suitable only for heavy oil for me.While I hoped for a more versatile version of the NANO at some point, the NANO PEARL wasn’t it for me — it was one of the toughest balls for me to throw, though I know some people who had success with it. It was just a solid 9/weak 10 ball for me, somewhat akin to the IQ TOUR SOLID.

When I heard the IQ TOUR NANO was coming out with the marriage of the NRG solid cover and the C3 Centripetal core I was intrigued, but not overly excited.

After roughly a month of use, I would describe myself as excited, or at least extremely satisfied, with the IQ TOUR NANO: It appears to be the perfect marriage of cover and core for me.

We know that coverstock is by far the most important factor in ball reaction, so I knew the IQ TOUR NANO would mostly be an oil ball for me.

What has more than pleasantly surprised me is that the C3 Centripetal core has given me what I wanted when the original VG NANO came out: a more versatile version of that ball that I could use on more than heavy oil that wasn’t too broken down.

At the WSBT Over 40/Under 40 Doubles on Thanksgiving weekend, I used my IQ TOUR NANO the entire day on a lane pattern a little softer than a Sport pattern, other than the couple of shots with the OPTIMUS and a couple of trial shots with a Storm CRUX.

I won the tournament with Andy Mills – details are in my blog here.

And the first weekend of December, I bowled the GIBA/SSBT Over 50/50 4-Man and Doubles tournament at Cadillac Lanes in Waterloo, Iowa and struck a ton all weekend on the wet-dry house shot using the IQ TOUR NANO more than 90 percent of the time.

And this was on a pattern PBA Tour champion Tom Hess, who I bowled with, struggled mightily with over/under reaction all weekend.

When I threw it well, my carry was outstanding both weekends.

This is exactly the kind of ball motion I need at age 52, with ball speed of maybe 17 miles per hour and a rev rate probably under 300.

I drilled my IQ TOUR NANO basically the same as my Roto Grip HYPER CELL, with the pin fairly high above the fingers and a strong drilling angle of 60 degrees.

I left the 4,000-grit cover untouched for the Over 40/Under 40 weekend and it lane shined plenty in nine games, but that actually worked well because the lanes also were breaking down.

For the 50/50 weekend, I used a Turbo Sandbagger with a 1,500- and then a 2,500-grit pad before both days. That gave me plenty of grab in the heavy oil of the house pattern, but no issues with early hook.

Compared to Storm’s other recent release, the CRUX, the IQ TOUR NANO is much smoother in motion, which is much better for me. The CRUX I would definitely call stronger and absolutely more angular than the IQ TOUR NANO. My CRUX review is here.

I also compared the NANO to the Roto Grip SINISTER, a strong asymmetrical as the CRUX is, and would estimate that the IQ TOUR NANO hooks maybe 3 boards more than the SINISTER, again with a smoother motion. It may not be quite 3 boards different as my SINISTER cover was not as rough as the IQ TOUR NANO, but I definitely think it’s a little stronger — and it absolutely is a smoother motion.

Did I say how much I like powerful balls with smooth, controllable motion?

If you’re a young pup with high ball speed, or you just want to see the ball make a big motion on the back, you will want the CRUX over the IQ TOUR NANO. But if you’re at all like me and prefer your power to come with some control, I’d recommend the IQ TOUR NANO.

I can almost guarantee you I will be drilling a low pin IQ TOUR NANO before the 2015 USBC Open Championships. 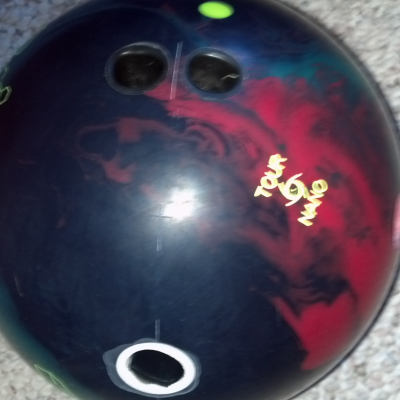 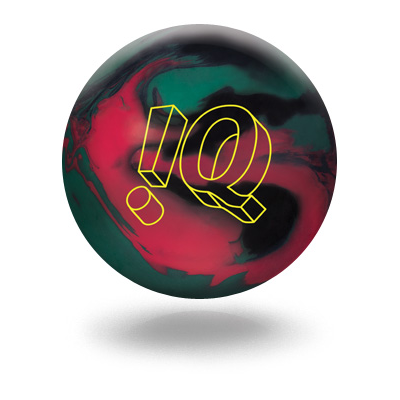 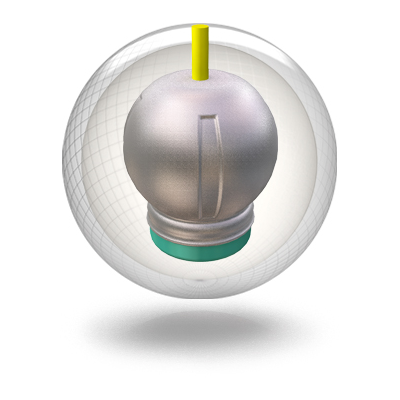