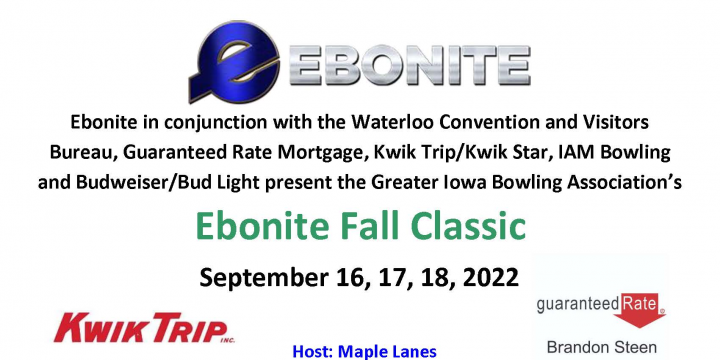 Note: This story originally posted Sept. 8, 2022 and has been updated multiple times.

Maple, 2608 University Ave., was torched by burglars in February 2020 and had to be rebuilt almost from the ground up, re-opening in magnificent form only a few weeks before the 2021 Ebonite Fall Classic, as I detailed in this story.

Update Sept. 16, 2022: Engelkes reported that the tournament was full. The squad listings are here.

There will be a practice session from 4-6 p.m. on Friday, Sept. 16 for a cost of $10, with that $10 including a free raffle ticket for prizes. Ebonite donates a bowling ball certificate for the raffle, and Cadillac donates the lineage so the entire $10 will go back into the tournament to help pay for the webcast by InsideBowling.

Mike Flanagan of InsideBowling.com will be webcasting the tournament.

Qualifying on Saturday is seven games and the squad times have changed slightly to try to get the last two squads running on time: A will be at 8:30 a.m., B at 1:45 p.m. and C at 7 p.m. The field is limited to 168 players.

The top 56 with 168 players advance to a 6-game semifinals at 9 a.m. on Sunday. Pins carry over and the top 10 after 13 games making the 10-man modified stepladder with the top four making the stepladder and the remaining six bowling bracket matches to determine the final spot. Seeds 5 and 6 get a bye before facing the winners of matches between seeds 7-10 and 8-9.

Anyone who has bowled one of these tournaments the past few years knows what awesome events they are. To those who haven’t: you are missing a well-run tournament with a strong field and format, challenging condition and great payout.

There also is a guaranteed 1 in 3 cashing ratio for seniors and women. For example, if there are 15 senior entries and three cash in the regular prize fund, two more spots will be paid so there are five total cash spots. The minimum payout will be $160.

And there will be pots and brackets, with half of the bracket proceeds going back into the prize fund. And there is a Bet You Win pot.

The flyer is attached at the end of this story and also is available at the GIBA website and the GIBA Facebook page. 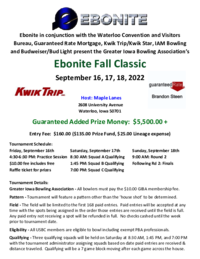 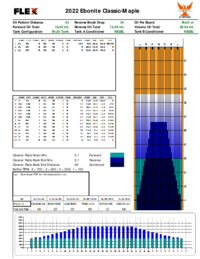