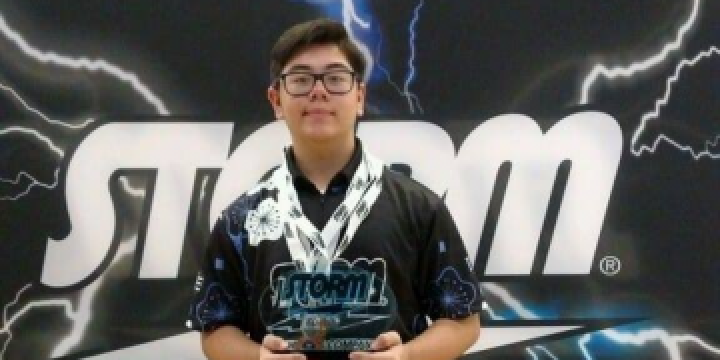 Young 2-hander Ashton Yamasaki edged past PWBA Tour champion Erin McCarthy for the qualifying lead Saturday as plus 52 made the cut and plus 42 cashed at the 2022 GIBA 11thFrame.com Open at Cherry Lanes in Dubuque, Iowa.

The top 48 from the 156-entry field advanced to Sunday’s competition, with four additional players cashing.

Shawn Riley was 48th with 1,252, but GIBA administrator Joe Engelkes said Riley accepted 49th due to a thumb injury as he didn’t believe he could make it through the 12 games on Sunday. Russ Cruse Jr., who was 49th with 1,251, will replace him in the top 48.

And the Flanagan format results are in this updating Google document.

Shea Bittenbender, who won Friday’s sweeper, led A squad with 1,392. Here is an interview I did with Bittenbender after his round.

McCarthy, who won the Women’s U.S. Open earlier this year, led B squad with a block that included a perfect game. Here is the close of her perfect game and here is an interview I did with her.

Yamasaki, who is from Portland, Oregon, and is attending St. Ambrose University, led C squad. Here is an interview I did with him after his round.

Nick Kruml also had a perfect game on Saturday as he advanced in 10th with 1,369. Here is video of the close of Kruml’s 300.

Luis Lugo and Jason Miller split the last check as they tied for 52nd with 1,242.

Eric Sacks was the only left-hander to advance, finishing 43rd with 1,259.

This continued the 11thFrame.com Open trend of left-handers either dominating or getting routed, which sadly is something that is all-too-common in all of bowling.

Nick Hoagland, the famed pattern designer who designs the patterns for USBC, offered Cherry Lanes director Bob Hochrein his expertise in crafting a shorter pattern than what we have used in recent years, which has been a modification of the 2015 U.S. Open pattern designed by Hoagland for USBC.

The pattern Hoagland crafted working with Hochrein is 37 feet with 24.63 mL of Connect oil and pattern ratios by volume of 1.11-1 on the left and 1.66-1 on the right. I thought there might be a lot of urethane being used, but it was not as dominant as I expected. The PDF of the pattern is attached to this story.

Here is what Hoagland said about the pattern: "I was glad to help the tournament out as Jeff was kind enough to make a donation to Make-A-Wish to help the Columbia 300 Hoosier Classic Bowling Tournament to grant wishes! Jeff, Bob and Joe wanted something different, and shorter, and it is a challenge! The pattern should play out for everyone and I do expect urethane to be in play. I think that the pattern will hold up for 12 games due to the fact that everyone’s ball will be outside of the first arrow at the breakpoint; thus saving the track and middle parts of the lane for later in the block.”

As I noted above, the 11thFrame.com Open generally has been feast or famine for lefties and it seemed like trying something different instead of tweaking what we have been using was a better choice.

The one thing I promise is transparency in what we put out and the reasoning that goes into it — I would not allow my name and brand to be part of any tournament that didn’t offer transparency.

I would expect that if we use this pattern next year, we will tweak it to make the right side a tad tougher, or the left side a tad softer.

Nate Stubler edged Tom Hess to win the 2021 GIBA 11thFrame.com Open and join fellow lefty Matt McNiel as a 2-time champion, as I detailed in this story.

In 2016, the scoring pace was low (cut 1,196 and cash 1,191 for six games) but the left-handers really had it tough with none making the top five after dominating in 2015, when McNeil won for the second time and three made the top five.

In 2017, a different oil (the oil used in 2016 no longer was available) led to higher scores with no change in the pattern (cut 1,293 and cash 1,287), but still tough times for lefties: only Kyle Anderson made the top 48, though he made adjustments and with a big rally on Sunday finished 11th.

For 2019, we left the left side unchanged and tweaked the right side so the shot outside 5-board had slightly less hang, hopefully to provide more equity between the sides. That was a failure as Stubler won and lefties also finished second and fifth.

I didn’t compete this year as I've pretty much retired from trying to compete in high level events like this against great young players. In addition, I am competing in the PBA50 Tour and PBA60 events in Jackson, Michigan the prior Saturday through Thursday and my wrist will be needing a break. 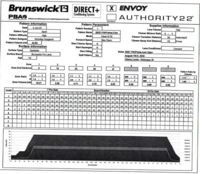 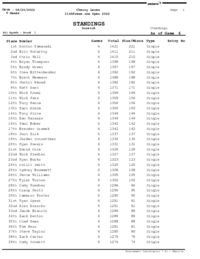 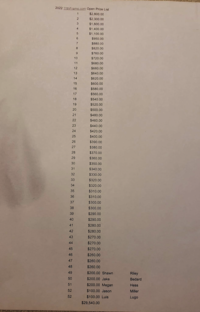