When it comes to plain or mainly urethane balls, I am decidedly old school, which means you will see me using them only when necessary and rarely as a first choice.

The simple fact is that when you have a rev rate of 300 at most on a good day, urethanes aren’t really necessary the way they are for youngsters with 450-plus rev rates. (I have used urethane for spares for years because polyester just skids too much for my taste.)

Ironically, I nearly won a couple of PBA Regionals on Cheetah in the early 2000s where I used urethane for most or all of the tournament. This was back in the day when Cheetah was very low volume.

But most of the time that wasn’t necessary, especially when I took my ring finger out and bowled with just my middle finger and thumb — something I did for all or most of multiple PBA Regionals I won. Measured by CATS, the 1-finger method dropped my rev rate roughly in half from around 325 to 175. You might call it a urethane release!

I also must concede that one of my issues with not using urethane has been not really loving the reaction of any of the Storm and Roto Grip urethane balls.

The Roto Grip HOT CELL was too strong for short patterns, though it did work well on super cliffed house shots.

The Storm PITCH BLACK was a bit too early with too little back-end motion for my low rev rate.

The FEVER PITCH was my favorite, but it tended to lane shine too much even when I crushed it with a 360- or 500-grit pad, making it really good for only a game or two.

Finally, though, Storm seems to have hit my sweet spot with the FAST PITCH, which has motion similar to the FEVER PITCH (more down lane than the PITCH BLACK) without lane shining when I rough it up to gain the smoothness and control needed on short patterns, especially when they are fresh.

The FAST PITCH features the new Controll (yes two l’s) XL urethane coverstock and the symmetrical Tour Block core design that was in the FEVER PITCH, which probably explains why I like the motion. The RG of 2.65 and differential of 0.027 for 14-pounders is higher for both than the Capacitor core used in the PITCH BLACK and PITCH PURPLE.

Needless to say, you won’t find me circling the lane with the FAST PITCH (or any urethane). All I’m looking for in urethane is something I can play up the lane with on a short pattern, with control and some back-end motion. I’m not looking for 260s or better — I’m looking to avoid 160s or worse, and will be happy with 210s or better until I can move to reactive resin.

The FAST PITCH has given me that in practice sessions on short patterns, and also been decent on wet-dry house shots, which is a nice bonus.

I have not had a chance to use it yet in any tournaments since I started competing again in April, but that may change in the PBA50 Tour stop in Hammond, Indiana in July, which is listed as being on the Del Ballard 35 lane pattern.

If I find anything different from using the FAST PITCH more, I will update this review.

The FAST PITCH has found favor with some Storm family PBA Tour staffers, breaking the near-monopoly of the PITCH BLACK among those players, which is a good indication of its usefulness.

I would recommend the FAST PITCH to any player looking for a middling urethane in the Storm family: It is cleaner and has more motion down lane than the PITCH BLACK, but is earlier and smoother than the PITCH PURPLE. 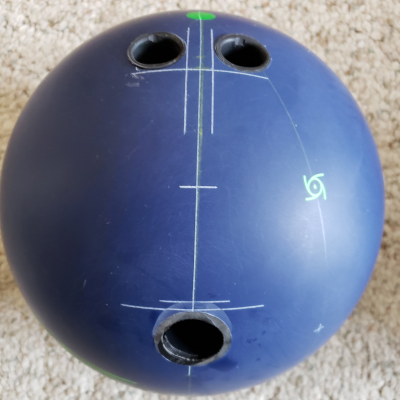 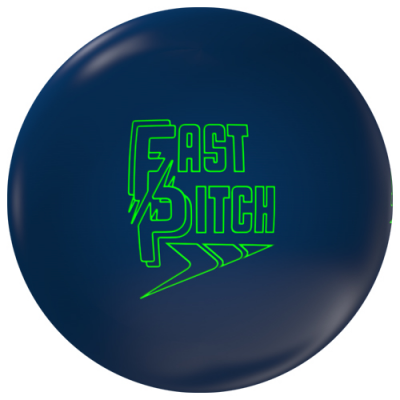