As I wrote in my RUBICON UC2 review, during the year I spent not bowling during the COVID-19 pandemic, the balls I most wanted to try were the RUBICON and RUBICON UC2 from Roto Grip.

That feeling came from watching them be used by the best in the world and from hearing so many positive things from people I know whose opinions I trust.

The RUBICON features the strong eTrax solid cover and the Rondure asymmetrical core that for 14-pounders has a 2.53 RG, a 0.052 differential, and a 0.009 mass bias differential.

The eTrax is not quite as strong as the MicroTrax solid that is in the Roto Grip UFO, which was my favorite strong ball at the time the pandemic shut down bowling in March 2020.

Obviously the UFO remains in my arsenal and the RUBICON looks like a great companion piece, with slightly less strength and different motion due to the different core and the different drilling I chose.

My UFO is a great ball for playing in the oil, while the RUBICON is a ball I can send out and back — nowhere near as much as the UC2, but more than most strong solid balls.

I brought my RUBICON to Las Vegas for the 2021 USBC Open Championships and used it with 2,000-grit CTD surface (box is 3,000 grit) in the first and third games of team and then Mark Anderson in the Storm booth at South Point shined it for me and I used it in some of minors.

The RUBICON was great for me in team, as I shot 651 that I think would have been about 750 if I were 15 years younger.

I was able to play fairly straight up around 10-board to a bit to the right of that to start, and by the end was crossing between 15 and 20 swinging out fairly wide.

I am able to use the RUBICON on heavy and medium oil, and I consider it versatile enough to be a staple of my arsenal and a benchmark ball.

I can’t imagine a bowler who wouldn’t find the RUBICON a great addition to the arsenal. One bonus is that is in the HP3 line, meaning it should be priced lower than the top-line HP4 balls. 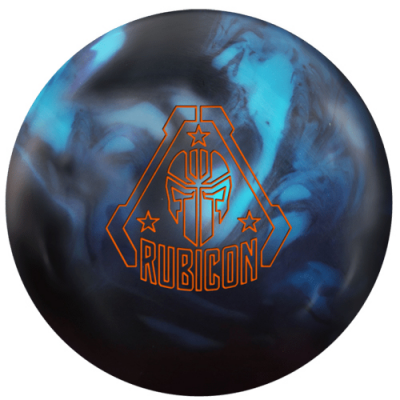